Female Designers, Architects, and Interior Designers You Should Know

Learn more about the work of these female designers, architects, and interior designers. You'll love them! 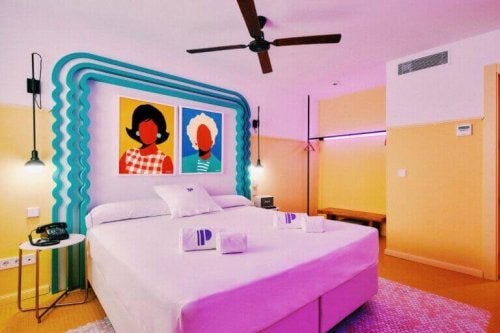 In the world of business, women are becoming more and more recognized for their work – as they should! For this reason, we decided to talk about some female designers, architects, and interior designers we believe you should know.

All these women have produced incredible pieces of work!

Female designers, architects, and interior designers you should know

This Parisian architect was named Maison & Objet Designer of the Year 2019.

She focuses her work on hotels and restaurants. She became widely known for carrying out the spectacular renovation of the legendary Paris Bus Palladium. From there on, her career continued to develop. Consequently, she began working with some of the best firms, such as Cartier and Louboutin. Furthermore, she gave shape to “forgotten treasures”, such as the Christine Hotel and the Brasserie La Lorraine.

Without a doubt, she has a special talent when it comes to mixing materials, style, and time periods, and making them come together seamlessly.

When talking about female designers, architects, and interior designers, we can’t leave Chiara Andreatti out. At the moment, she’s the artistic director of the wallpaper firm Texturae. Also, she’s worked for large studios in her country, such as Piero Lissoni. Also, she’s been one of the main designers for firms such as Glas Italia, Non-Sans Raison, Portego, and Editions Milano.

Chiara studied design at the Istituto Europeo di Design and obtained her master’s degree at the Domus Academy in Milan. A characteristic of her style is the way she focuses on the craft traditions that she puts into all her work. Every single one of her pieces of work is exclusive. She makes furniture and has a creative vision when it comes to putting together spaces and environments. Her vision is fascinating, neat, simple, and full of personality.

This Asturian woman triumphs throughout the world. She’s one of the most internationally recognized designers. She’s also an architect and a favorite at Milan Design Week. She went to the school for architecture in Madrid and the Politecnico di Milano, and in 2001 she created her studio in Milan.

What stands out about Patricia Urquiola is her tireless energy. Besides that, she takes advantage of every single opportunity put before her. She works with offices, hotels, shops, objects, furniture, creative direction, etc. Her work is forceful, sensual, and bright. An example of this is the L.A. Sunset tables made for Glas Italia, which evoke sunsets. Another example is the elegant and practical SD96 yacht that she created for the firm Sanlorenzo.

Her name is Valeria Palmeiro, she’s from Madrid and her studio in Lavapiés is just as amazing as her work. People all over the world recognize her thanks to the colorful portraits that she calls Faceless. She has also published a book displaying them.

Her work is fun, fresh, and full of life. Some examples of this are the room she decorated for the Hotel Paradiso, and her collaborations with Puma, Malababa, and Kenzo. Be sure to visit her website to learn more, we’re sure it’ll brighten your day!

Daria Zinovatnaya, the youngest of our female designers, architects, and interior designers

Daria’s visual strength is quite impressive, so much so that she’s now a huge Internet phenomenon. She was born in Crimea, where she studied architecture. She’s only 27 years old and geometry is her signature.

Artistic movements of the 20th century, such as the Russian Suprematism by Kazimir Malévich or the Memphis Movement by Ettore Sottsass are her main inspiration. However, there’s no doubt that one of her main influences is Bauhaus.

Daria already has her own studio in Saint Petersburg. From there, she carries out her interior design projects. She works with clients in Norway, Holland, China, and Russia. For her, there are no limits.

Did you know that you can disinfect your house with natural ingredients? So take note of the following tips that…

Homes
Learn How to Decorate a Second Home

In order to enjoy great vacations, you want things to be as comfortable as possible with all of the resources…

Homes
5 Things You Can Paint Besides The Walls

Painting is one of the easiest and most effective ways to give your home a personal touch. Today, however, we…

Homes
Using A Humidifier In Your Home

In summer and winter, indoor rooms can become drier than usual. When this happens, you may need to use a…

Comfort is something every home needs, especially when it comes to furniture. So, today, we want to take a look…

Homes
How to Know If Your Interior Designer Is Scamming You

Interior design is a complex task. If you're not sure how to do it yourself, it's often best to seek…

Did you know that you can disinfect your house with natural ingredients? So take note of the following tips that…

Homes
Learn How to Decorate a Second Home

In order to enjoy great vacations, you want things to be as comfortable as possible with all of the resources…

The world of DIY has so much to offer, with thousands of tricks and techniques to make decorating your home…

Outside
How to Decorate a Food Store Effectively

If you have a business and you're your own boss, then you must give careful thought to the layout and…