The Architectural Style of Colonial Houses

Today we're going to discover the architectural style of colonial houses. This style encompasses several types of construction with common characteristics, but has its own personality. Let's take a look! 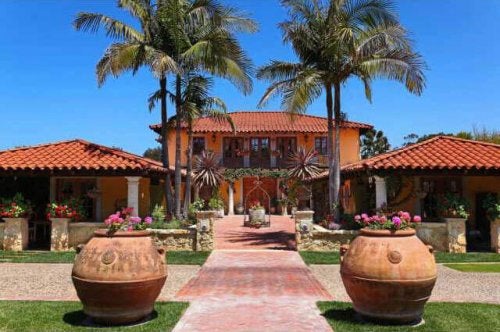 Today we’ll talk about this style in its most popular versions. In fact, the colonial style is actually going through a revival. This revival of the original style takes most of the important features and incorporates them into modern houses.

We’ll tell you about recognizing the architectural style of colonial houses. These colonial houses are beautiful in any of their styles. Let’s take a closer look!

The origin of colonial houses

The roots of the colonial style started in the construction of cabins. Later, it was in the houses that European settlers built in America. These were houses that reminded them of their homes in Europe. However, they were adapted to the climate and specific conditions of America.

The British settlers used more wood in the construction of their houses. They also placed the houses in groups around a common area. The Dutch incorporated stone into their colonial houses, using a technique they learned in their home country.

The Spanish colonists, on the other hand, used more stucco, adobe, and coquina (a limestone composed of shell fragments). They also used more distinctive colors, such as red for roofs and ocher on the facades.

The architecture of colonial houses

As a result of different settlers from different countries, the first colonial houses didn’t look exactly the same. However, all the houses had common elements, which is what gave colonial houses their name. Some of the common characteristics were more due to necessity than aesthetics.

For example, glass was extremely expensive and difficult to get in the colonies. As a result, the windows were typically smaller. The settlers also had to pay a tax on the glass. This meant that only the wealthiest could afford a house with lots of windows.

Renaissance of the colonial style

The first colonial houses have been practically forgotten. However, the details and particular characteristics of these houses remain. In 1876, there was a Centennial Exposition, which reminded American citizens of their colonial past.

This perhaps started the first revival of the architectural style of colonial houses. This style brought together elements of a past that recalled times of challenges.

Although today’s architecture continues to make changes to the colonial styles, it still preserves the common elements that define these houses.

These houses have stately front entrances with a pediment supported by columns. The pediment sometimes extends forward to serve as a covered porch.

The windows of the colonial houses form balanced pairs placed symmetrically on both sides of the main entrance. The windows have shutters proportional in size.

The most common exteriors of these houses are wooden boards and stone. Many colonial houses also have attics.

The Georgian colonial style gets its name from the succession of British kings called George who ruled the United Kingdom until 1830. This style of house looks like symmetrical boxes that are two or even three stories high. They are also the most common.

This style is most popular in the New England area. They have their roots in humble, rural British architecture. These houses typically have low ceilings and small windows to protect against cold winters. The front door is in the center of the facade and has columns and a pediment. The siding is of wooden boards.

You can see the Dutch colonial style mainly in the middle of the East coast: New York, New Jersey, Delaware, and Pennsylvania. Stone is more characteristic in this style. The slope of the roof is also lower and widens beyond the front of the house, forming long eaves. The houses have gable chimneys usually.

The French colonial style is primarily in Louisiana and Mississippi, built by French settlers in those areas. These colonial houses have inclined and extended roofs. They give rise to porches that you can access through French doors. The main living areas are built on high foundations. The material of the house can be wood, brick, or even stucco.

You can find the Spanish colonial style in Texas, California, and the southwestern United States. These houses are lower and wider. They generally only have one floor. The original architecture style comes from the Pueblo or Mission style.

These houses have huge covered porches along the entire facade or surrounding the house. They also have numerous doors to the outside. The walls are made of adobe bricks or stone, and the roofs have red tiles. Behind the house is there also usually a private patio or garden. 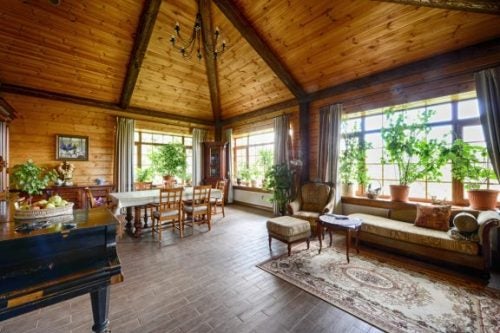 The Colonial Style Revival
The colonial style is more popular than ever because of the warmth and serenity that it offers to both large and small spaces. Read more »
Interesting Articles 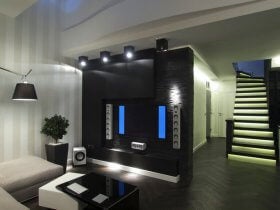 Decorative paint techniques are perfect for changing the appearance of your walls. In this article, we share a small guide…

Homes
How to Solve Furniture Wear and Tear

The passage of time can take its toll on furniture. Sometimes, serious deterioration appears in the materials. This affects the external appearance and harms the aesthetics. For this reason, we decided to analyze how to solve furniture wear and tear.… 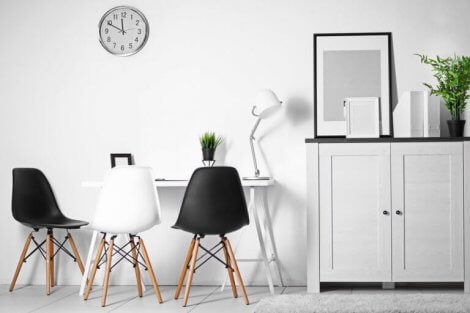